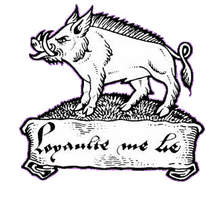 Richard Neville, earl of Warwick and Salisbury was the greatest English magnate of the Later Middle Ages. As heir to four great families and earldoms he was the richest noble in C15th England and dominated the first two phases of the Wars of the Roses. He was the greatest of the “Over- Mighty Subjects” whose career was crammed into a life of just 42 years. The talk will provide a comprehensive appreciation of the achievements and reputation of this key figure.

THE ANGLO-NORMAN ARISTOCRACY: LANDHOLDING, INHERITANCE AND REGIONAL POWER IN ENGLAND AND NORTHERN FRANCE 1066-1265

Many units of inheritance in England and the Welsh March were formed during the Anglo-Norman period including Richard Neville’s earldoms of Warwick, Salisbury and the lordship of Glamorgan together with other lordships in the March, both Yorkist [ e.g. the Mortimer lands ] and Lancastrian together with the Mowbray lordships of Chepstow and Gower. Professor Power will explore this formative period from 1066 until the fall of Simon de Montfort.

An opportunity for members to attend this full-day conference to mark the 550th anniversary of the battle. Full details will be available later

We join our colleagues in the TBS for a viewing in Tewkesbury Abbey and a guided walk on the battlefield. Full details will be available later.

SUNDAY 1 AND MONDAY 2 MAY

Spectacular Armour in the Abbey is a two day event perfect for all the family. See Medieval Life from the court to the kitchens and demonstrations of the skills of the time, including: Medieval archery demonstrations, canon firing, meet Battle Re-enactors and hear Medieval music.

TBC - our scheduled speaker has had to withdraw from the talk, and we will update the page as soon   as a new speaker and topic are confirmed

STUDY DAY : THE GOLDEN FLEECE : THE WOOL AND CLOTH TRADE IN THE MEDIEVAL COTSWOLDS

A one day conference.

Full details will be available shortly. Tickets now on sale via Eventbrite or through our Branch Secretary.

We join with the TBS to join this famous annual medieval festival event.

Full details will be available later.

tickets are £3.00 each and available on Eventbrite (or through our branch secretary, )

“Joan of Arc has often been credited as the saviour of France, reversing the English successes of 1415 to 1428. But in later centuries she became an English heroine too. Anne Curry explores how and when this transformation occurred, and what legacy it has left us in art and literature.

NB. The 'Survival of the Princes in the Tower' has been cancelled

FIELD VISIT : DETAILS TO BE ANNOUNCED

BRANCH AGM followed by an illustrated talk by Angela Iliff: THE SUMPTUARY LAWS

An explanation of a view which developed after the Buckingham Rebellion ?

PLEASE NOTE :  ALL LIVE MEETINGS, UNLESS OTHERWISE INDICATED, WILL BE HELD AT THE EMMANUEL HALL, FAIRFIELD PARADE, LECKHAMPTON, GL53 7PJ

Meetings commence at 2:30 pm with the exception of field visits which are by arrangement, and Zoom presentations. For meetings where there is an outside speaker a charge of £4 will be made to offset costs [ £6 for non-Branch members ]. When there is no visiting speaker fee there will be a general charge of £1 per person, again, to offset cost.