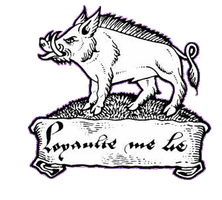 As with so many social events, the branch has had to curtail our programme of speakers and events for the year. Our March talk took place but we have reluctantly felt it best to cancel the remainder of the programme for the year.

We are working on re-arranging these talks and hope that much of the programme below will be offered in 2021.

IN THE FOOTSTEPS OF WILLIAM WORCESTRE: A TOPOGRAPHICAL TOUR OF LATE FIFTEENTH CENTURY BRISTOL

Worcestre was one of England’s earliest topographers who, during breaks in his employment by Sir John Fastolf, left copious notes on his travels in Southern England together with wide ranging antiquarian and philosophical musing.  He is most well known for his detailed description of his birth place, Bristol, compiled largely during a short visit to his home town in the late summer of 1480.

A multi-media evaluation of how Shakespeare depicted the Wars of the Roses in the plays Henry VI and Richard III.  How does this compare with actual “history” and how was Shakespeare influenced in his content by politics and contemporary prevailing historical accounts ?

This will be a special two hour presentation with a mid-point break for refreshments.

A view of general life in the medieval city plus a detailed evaluation of industry, physical development, trading connections and how it was  governed.

THE COTSWOLDS DURING THE WARS OF THE ROSES

An in-depth overview of events during the period and how these impacted on the life in the area.  Tim will discuss buildings, churches, people and the landscapes of the Cotswolds.  In the latter topic we will look at the battles of Nibley Green and Edgecote.

This will be a special extended meeting with Tim giving the presentation in two parts with a mid-afternoon tea break.

FIELD TRIP:  A SELECTION OF CHURCHES IN THE CIRENCESTER AREA

A leisurely day in the Cotswolds where we will visit some local church “gems”.  The day will conclude with an optional cream tea.  Full details will be issued later.

THE BATTLEFIELD AT MORTIMER’S CROSS

Controversy persists in respect of the actual site of the battle and a new archaeological investigation has been introduced to assess the two sites currently in contention.

followed by an illustrated talk on SUMPTUARY LAWS by Angela Iliff

Lovell grew up with Richard in the household of Warwick the Kingmaker and remained a loyal supporter even after Richard’s death at Bosworth.  The talk will review the life of Lovell, his devotion to the Yorkist cause and his mysterious disappearance after the Battle of Stoke Field.

The actual date and format for the meeting will be made available later.